The Hi'Vaa is a blanket name for  two related sibling species, amalgamations of genetic and animal variants that pulls themselves into what most would just call a "bug". While there is plenty of physical variation amongst them, a mix of reptilian and arthropod features are universal in some sense or another between the augmented knight like Rathul or the Magika cults of the Primals.

Primals have many segmented parts, often having antennae, wings, many limbs and compound eyes. Primals have a wide spectrum of size, and often has an abdomen or weaponized tail (think alien/scorpion) . As with all Hi'Vaa, they have an internal skeleton rather than relying on an exoskeleton but hard plating often covering large swaths of their form. Exposed soft chitin skin is often visible near the underbelly with pronounced veins and occasional wrinkles at the joins. Hair and fur is not unheard of and tends to protect sensitive areas.

Rathul tend to look like a cross between a Moth and a Dinosaur and share many features of both arthropods and diapsid.  Snake or lizard like faces with hard plating over their bodies, rubbery chitin flesh and sometimes a dusting of fur as well as insectoid abdomens and often many limbs. Rathul are almost always dull in color, pallid and mute whites, browns and grays are the most common with bright colors usually only appearing on choice patterns. Rathul tend to be large as a whole.

Primals are exactly that to a fair degree, primitive in many mannerisms though not impossible to teach, naive to the 'world' as a whole and a fair share curious. Combined with the latent predatory instincts this often leads to some interesting interactions with non-Hi'vaa species.  They can lend to be a bit eccentric as well.

Rathul are a bit aloof, especially to other races. While they aren't the biggest player in the galaxy they tend to hold friendly relations with only a few other races. Furthermore, they will tend to hold authority over lower ranking members of their ilk and the subordinates tend to follow along. Their world is like the feudal ages of Earth and they tend to be most comfortable with that, Traditions are important to the Rathul.

The Hi'Vaa have mostly kept to themselves for most of the system's history,  recently this has been changing with representatives from both group heading out into the system to colonize planets and stations and establish a greater position.

Primal  civilization is sparse on Io, with little trace of its primal inhabitants lasting long. Architecture is minimal, and quickly devoured by lava flow so it's difficult to find well developed areas. What cities they do have are largely underground, with industrialization all but impossible despite fully understanding many early modern technologies. They do have a fairly recognized pastoral part of their identity however.

Rathul civilization tends to follow the caste systems of the medieval world, aspects of it can be pulled from either European or Japanese sensibilities of the time, with a rising pyramid of social structure . Each member  belongs to a house, with each house being led by a lord or lady. Houses compete for power through resources, territory, technology, trade and  warfare with the dominating clans gaining the louder voices as a whole. Recently, this has started to push the Rathul Hi'Vaa to new planets and solar bodies to expand this practice. Just like the medieval world as well, with a equivalent to the knight is a key player in their society just the same.

Primals have never formed a coherent empire. In fact, the Primal Hi'vaa are surprisingly lacking in the way of leadership. Religion serves as their primary unifying factor and governing part of the life of the Primal Hi'vaa. Primals arrange themselves into hives with usually 5000-6000 individuals in each.  Hives can as noted find themselves in conflict and given Io's nature it is not uncommon for them to go to war but as noted, their strong connection to their beliefs however allows them to quickly reconcile and make peace after the fact.

Rathul Society is structured around a hierarchy of classes with only so many ways to move up it's structure. Exceptional performance, military heroics, or apprenticeship can move a lower ranking individual up in society just as the opposite traits can lower their status. However, no true serf class exists in their society, instead all Rathul outside of the nobility are recruited for labor at periods of time. All members of society may climb to a low ranking knight, where as higher ranking knights as well as lords and other nobles are all born into the role and have full power of the society.

Any artwork here does not belong to RoE, and is here only for reference and supplemental materials only. 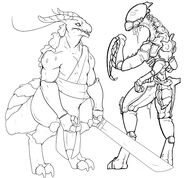 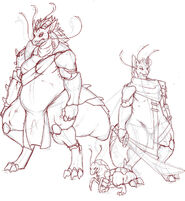 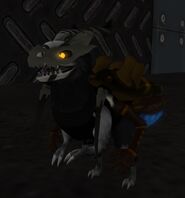 Anshirii Hatchling Pet (Only playable as a pet token)
Add a photo to this gallery
Retrieved from "https://remnantsofearth.fandom.com/wiki/Hi%27Vaa?oldid=8760"
Community content is available under CC-BY-SA unless otherwise noted.