Natural creatures having been around since the dawn of biological life, mutating and evolving over time. They were around long before Humanity and will be around long after. Mutants are not a singular race, but rather a collecting of various sub races, and unlike their splicers, they are rarely as ascetically pleasing, which leads them to being socially outcast like their parent race. Some mutants are more attuned to magika, much like the Drevii, while others are just large and brutish.

No one mutant looks alike, there are a plethora of sub-races within the mutant category, each one with its own characteristics, but generally, mutants tend to represent the various "monster" races of the system,such as Orcs, Kolbods, Goblins, Gnolls, Ratkin, Ogres, etc, Many of them with their own respective appearance standards. You can visit the bestiary with the full list of mutants here.

**Please note, Sub Races must affect the mutant's appearance in some way. Please check with a GM if you are unsure. Do not make guess work.**

Like splicers, mutants gets treated poorly by other races, worst even since they were born that way. Unlike Splicers however, they're more willing to fight back. It tends to be that a mutant is more confident in themselves, but have been known to be self-loathing since it's difficult to live in certain societies without judgment.

History, Society, and Influence in the Solar System

Mutants aren't a very liked race, but they were able to get certain equal sentience rights set up for themselves, splicers, cybernetics, Mytharii, so that all races can be treated as equals in designated locations and prejudice would be lifted. This however does not apply to all colonies, or planets for that matter. Mutants tend to be like humans, but more like Mytharii, meaning they have entire settlements and have hierarchies of social statues, and like the Mytharii, they don't discriminate so much with one another as other races might. This makes them more humble, but more confident in their union. On a societal level, they're in a similar situation as humans and Mytharii, in that they have a tight knit hierarchy, and if it weren't for being disrespected by other races, it's likely they would be the dominant of the races. Even Shivan recognize this potential.

Mutants have a hard time getting along with other races as most other races see them as abominations of nature. Regardless it's a little impossible to not run into the other races.

'Well Hooooowdy there, Names Tag, I'm a CapreeCorn and I lyke long walks in the parrk! What's that you say? Just answer the questions? Well I don't mynd, What chu wanna know?'

'Our History? WEEEEELLL that's pretty dang colorful if ya ask me! Ain't purdy though, Lots a folks don't care much fer my kind ya know? Somethin' 'bout us bein' weird or abominations or some such nonsense! Well I tell ya what my mama told me, 'don't take no lip from no one and bop 'em one good!' ain't failed me yet, so it's gotta be good advice right?'

'Think the first of our kind was born from a splicer likin' one of their enemies durrin' the war and had their little Romeo and Juliet thing, I never read none of that Milk Shakespear stuff but I hear it's a romance so ya know it ended well!'

'Course we get the short end of just about every stick and any pies we get are just thrown in our faces, but ya know what? I was talkin' to those Shivan people and they say that if we wanted to we could rule the system! Course them Verga'an won't be havin' none of it, so ain't no point, sides we don't need the Solar System to make us happy, just work, respect, and places to live, eat, and be free give or take!'

'We might be the youngest of the races, but I like ta think we're pretty damn wise, even among the ancients, cause ya know, this is just a small spec in a great big universe and life's too short to be wastin' fightin' amongst ourselves!'

'Oops, got abit deep there a moment, so this good? Ya got what ya need? Great, well ya'll have a good'un!'

*This interview ended with a surprisingly deep off hand comment. . . and the mutant getting arrested for some reason just outside the interview office. . . making the deep moment get over looked. . .*

"Hello.... Again.. It has been unfortunately forced upon me this episode, to speak to you about.. Them.

Amazingly sub-human in nature and sometimes rather.. Disturbing. This category of creatures can only be labeled by us as: 'Mutants' as we quite honestly have no idea where they came from, or we do and just don't wish to mention how they were created.. I certainly don't, for the sake of my sanity but we'll cover as much as we can in this segment before I pass out from a mixture of shame and bottles of wine..

Mutants as we call them, describes beings that are not of the human nature but are vaguely humanoid in shape and size. Mutants are typically former humans or aliens that have succumbed to some sort of disease or altering of the genetic make-up into often horrible or bizarre things that are just flat out not in the best interests of mother nature's annual tea party.. However they probably think otherwise. ..Delightful.

But the machinations of science are not the only thing we classify under this word, there is a much more common form of creature among us in this universe and they are.. The ones I did not want to talk about..

For us Humans it's something out of a cartoon or... What do you mean I can't say that. Offensive?.. Oh for the love of- They are like something out of the pages of fictional works of art.. Whatever. The beings I talk about the the anthropomorphic humanoids that resemble all walks of the animal kingdom, whom walk upon two feet...er...Paws... And are capable of speaking the human tongue. Which particularly just seems plain weird to me as a lover of household domestic pets and these just.. Question whatever sanity I have left for this existence.

If that's not good enough for you, it gets even stranger due to the fact that we have absolutely no idea nor physical evidence presented otherwise on where in gods name these creatures came from.. We have reason to believe that they may be a species that originates from another planet in the solar system, perhaps of a galaxy not of our own. Another cause is.. A very.. Curious, for better terms, rumor regarding a sect of colonists that experimented with animal DNA years ago in an attempt to.. Become more in tune with natur- THEY WERE A BUNCH OF TREE HUGGING- *bleeeeeeeep*

..Ahem. This concludes our.. Informative.. Segment, on these wonderfully curious and.. Odd.. Creatures in our solar system. See you next time for another unfortunate educational segment..

Can someone get me drink?.. Something expensive." 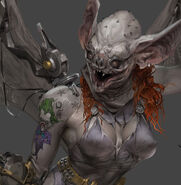 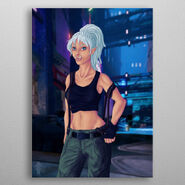 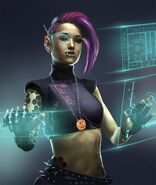 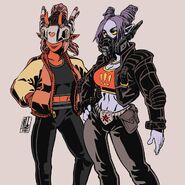 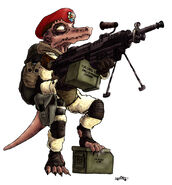 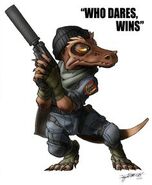 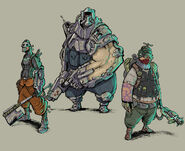 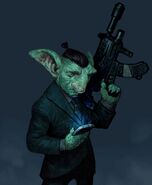 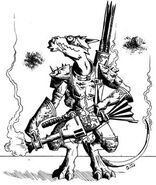 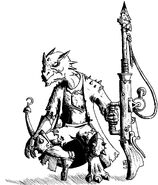 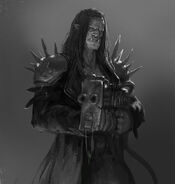 Pictures here are not owned by RoE and are merely here for reference purposes only.

Retrieved from "https://remnantsofearth.fandom.com/wiki/Mutant?oldid=9221"
Community content is available under CC-BY-SA unless otherwise noted.